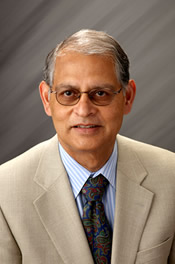 Sarat K. Dash, M.D., FACS, RPhS,  is the director of The Vein and Laser Center of New Jersey, operating in Hamburg, Hackettstown, and Sparta, New Jersey.

Dr. Dash received his medical education in India prior to coming to the United States, where he completed his surgical residency followed by a fellowship in vascular surgery. In addition to his study of vascular surgery, he has written and published papers in the field. He commenced practice in general and vascular surgery in 1976. He has focused his practice in diseases of the arteries and the veins and treatment of the same. He is skilled in the advanced procedures of venous surgery, including laser treatments of varicose and spider veins. Recently attaining board certification in phlebology (the study of veins) distinguishing him as an expert in the treatment of venous disease.